The team at the finish. 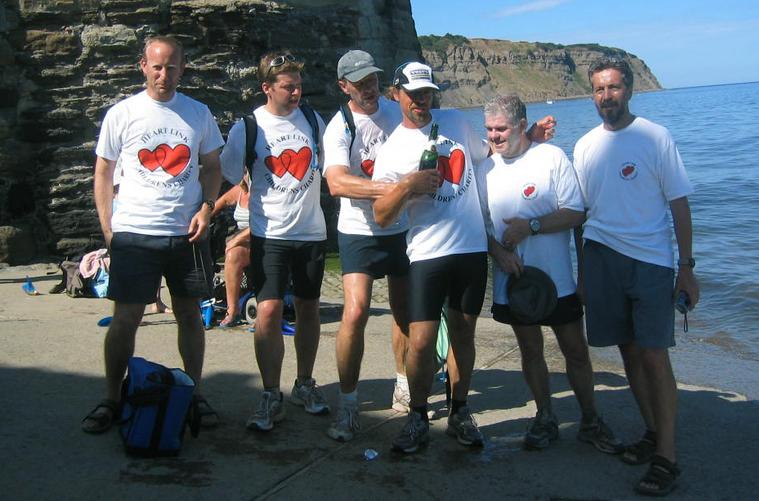 The Coast to Coast (Wainwrights) route, 190 miles from St.Bees Head to Robin Hoods Bay, was one of the first national trails to be run non-stop by the RR Harriers. Jon Kinder ran it all in a time of 57 hours 57 mins including stop times to refuel, his actual running time was 51 hours 57 mins. Jon's inspiration to take on this challenge was to raise funds for the charity Heart Link. Jon was supported by 5 other Harriers who took it in turns to run stages with him and drive between checkpoints.

Jon's report of the event can be viewed here.

Their schedule of actual times can be viewed here.