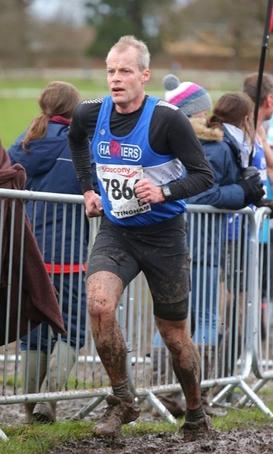 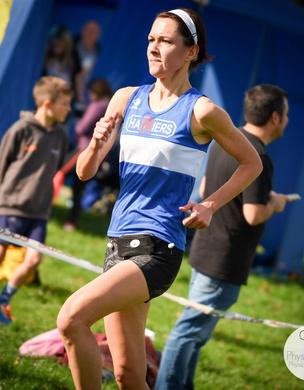 ​​James in action in the 2020 National XC Championships. 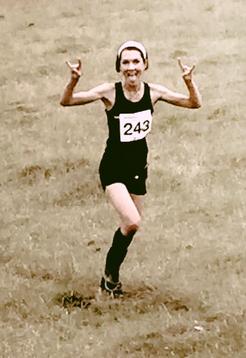 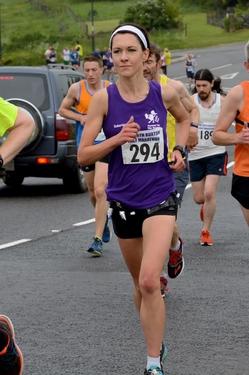 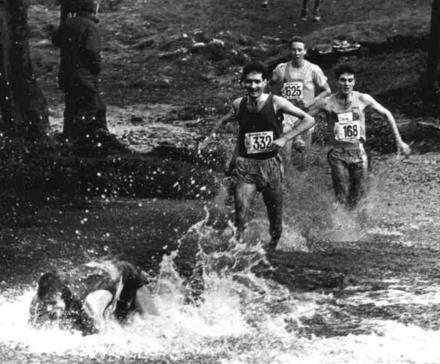 James taking an early bath in the River Dove whilst in the lead in the 1992 Dovedale Dash. He didn't win that year but he did win the Dash twice in 1990 and 1997.

​Favourite thing about being in the Harriers

Club championships offering a variety of races to test your legs and lungs.
The banter and fun at XC events, training runs and other events we get to do together.

If you want to go for a run, talk about running or get some ideas on how to improve your running and not get injured.

It took only one short run on a cold winter evening to turn from someone who would look at runners thinking- why won’t you get a bike?! to running or thinking of running every day. That love at first run made me explore different terrains, distances and events within U.K. and abroad.

I’ve joined RRH a few years ago to be able to take part in XC events and run for Derbyshire, qualifying to Inter-counties on 3 occasions. Sadly I could only race in that level once due to chain of unfortunate fractures that were preventing me from running for a while. Every time I get back though and persevere to reach my goals. Or at least to chase the Strava segments!

I ran for Derby and County AC first claim for many years competing in all varieties of running; cross-country, road, track, fell. I held the position of club captain for a number of years in the 1990’s. I was second claim for the Harriers at the time but switched to first claim in 2017.

I’ve always run. My first race was the ‘round the playground race at Lawn school’. I came third. I enjoyed the competition and the feel-good factor from the exertion. I was also better at running than school work! I joined Derby AC in 1977 and competed in all the various leagues and relays that Derby entered. I did start picking up injuries as I approached 40 and dabbled with triathlon. I am also a fully accredited track cyclist.

I have done a number of longer events such as the 4 Inns, Masters Hike, KIMM (mountain marathon) and have completed the Bob Graham Round.

The buzz from competition. Team events such as relays when we all support each other.

Getting old and becoming injury prone.

The race I live off is the 1993 National XC at Parliament Hill when I beat Steve Cram by 1 place. Also winning the Dovedale Dash twice (not the year I tried to swim the Dove, see photo).

So many….I love runs from Edale. My ‘go to’ Sunday morning run goes out through Kings Newton, Melbourne, Staunton Harald, Calke Abbey and back through Ingleby.

​Favourite thing about being in the Harriers

The chance to mix with like minded people and to get involved with various running experiences (Cross country, road, Epics). Banter before and after races.