A team of seven men and one lady tackled the Dales Way, which runs from Ilkley to Bowness-on-Windermere, preceded by the optional Leeds extension, bringing the mileage up to the requisite 100. A couple of circuits of the Leeds ring road in our minibus, caused by unhelpful road closures, meant that we were unable to make the early start we’d been hoping for, but did enable Steve Leach to add another chapter to his autobiography later on: “The Evening I Nearly Walked off with Alastair Brownlee’s Chicken Curry Supper”! Embarrassment was avoided in the chippie at Bramhope by our Olympic Triathlon winner’s turn of speed when his order was announced and the hungry Harrier was reaching for the counter. I don’t think Steve would have got far with it! The very boggy conditions following recent prolonged rain, and further squally showers en route slowed the pace somewhat, and the target of 24 hours was just missed. Discounting the time spent at changeovers, the running time was 21 hours 19 minutes, and of course JK and Robin ran it all, with the rest of the team chipping in as and when. An enjoyable time was had by all, and another line was added to the RRH map of the UK. 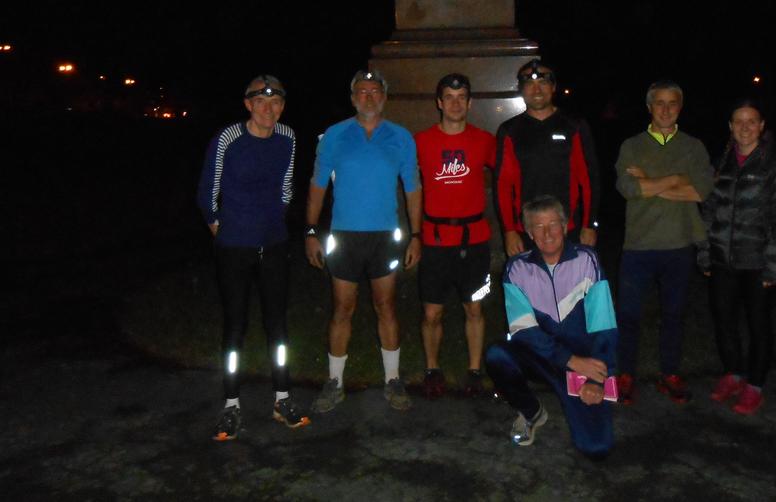