This new national trail, opened in May 2014, links the National Memorial Arboretum near Alrewas in Staffordshire with Beacon Hill in Leicestershire. The trail covers some 75 miles through pleasant, though largely unremarkable, countryside. Perfect for a modest Harriers winter mini-epic relay. Being so close to home this run could be tackled in daylight over two days even in January. With the midway split point at Ticknall just south of Derby there was no need to arrange overnight accommodation. This made for a good turn out of 14 runners who took part at some stage though only 7 took part over the whole distance.

Much of the route runs in, or close to, the Trent flood plain, and after the long spell of mild wet weather, some of it ran under the Trent, causing a deviation at one point along a canal and wet feet at many others. Sunday was the better day weather-wise, and all felt the last three stages, through Bradgate Park and up to Beacon Hill, were the best, with the view from Beacon Hill as the sun went down well worth the effort. 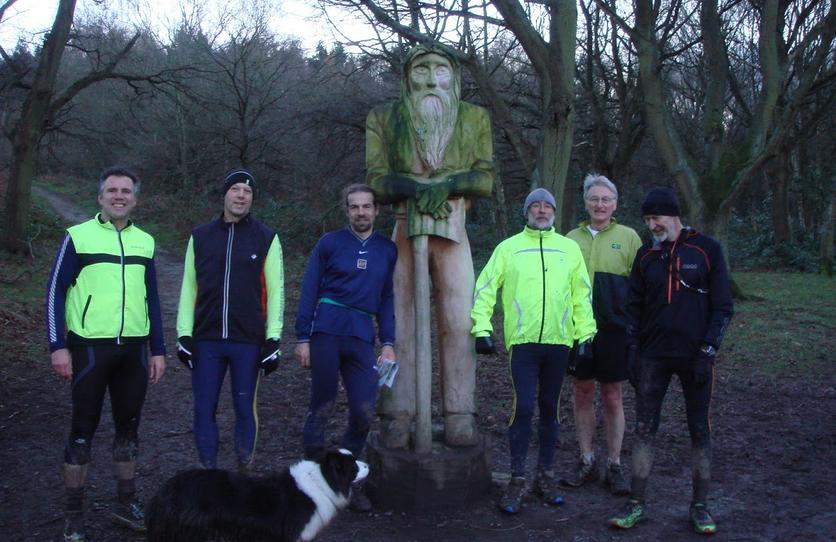