Following the sucessfull format of the Pembrokeshire Coastal Path completed in May 2013, namely only running in daylight and sleeping in a proper bed at night (afer a few pints in a local pub), we applied the same format to Offa's Dyke path. Offa's Dyke is a national trail totalling 180 miles with 28,000 feet of climb and decent, from Sedbury Cliff near Chepstow to Prestatytn on the north Wales coast. Built on the command of King Offa in the 8th century to separate the Anglo-Saxon kingdom of Mercia from Wales, parts of the old earthworks still survive and are visible in places. The route crosses 8 different counties and the English / Welsh border more than 20 times.

Due to traffic we were more than an hour behind schedule at the start. It was also hot and humid but the 36 miles to our lodgings in Pandy was completed still in time to enjoy a good meal and a few beers. Day 2 started with the ascent of the Hatterall Ridge over the Black Mountain to Hay Bluff. This was a section we had to miss out on our Traverse of Wales due to time pressures so it was good to complete it on this outing in perfect conditions. Day 2 took us 45 miles to Knighton. Day 3 from Knighton to Craigment was the longest leg at 50 miles though day 4 to the finish at Prestatyn was only one mile shorter at 49 miles.

Offa's Dyke path is a fantastic route through some amazing countryside and well worth the visit. Both Jon Kinder and Bryan Carr ran the full 180 mile distance with Andy Swift clocking up 108 miles and the rest of the team running legs with them, supporting and driving the minibus. 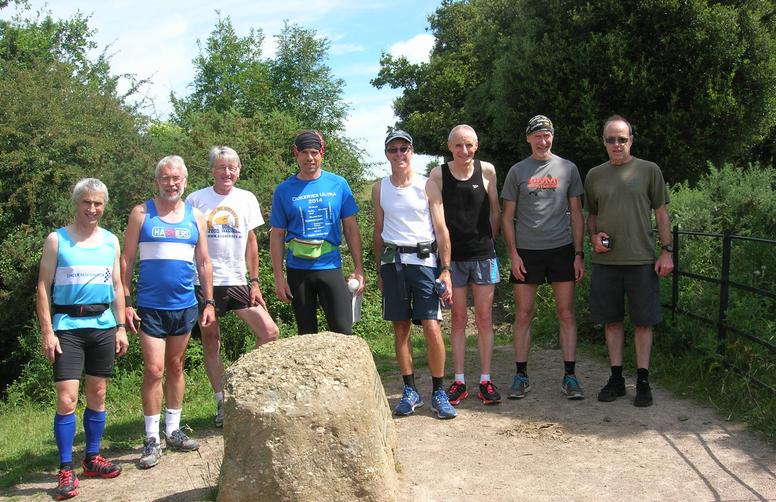