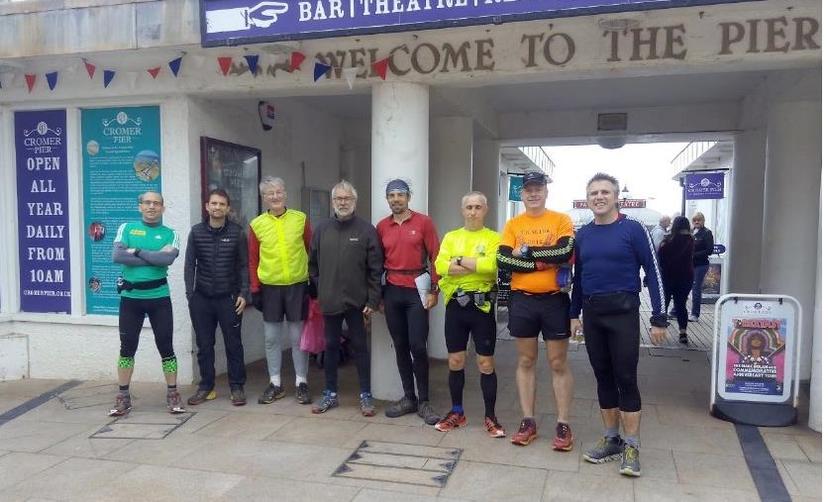 The Peddars Way stretches from Knettishall Heath, near Thetford in Norfolk, in an almost straight line to the coast, close to Hunstanton, and from there the North Norfolk Coast Path takes over and heads east to Sheringham and Cromer, a total distance of just under 100 miles. This became Jon Kinder’s latest conquest in his bid to run over all the country’s national trails. A small squad of eight tackled this as a relay over a weekend in October, but JK being JK, he ran every leg of course! The start was at 7pm on Friday, and by dawn Andy Swift’s carefully prepared schedule was in tatters. Navigation was straightforward, the weather was kind and the terrain was never more severe than gently rolling, so the customary slower night time pace went by the board, and by the time the team reached the coast it was ahead of schedule by over an hour and a half. Gains were harder to come by after that as legs tired, but arrival at Cromer was achieved in 19 hours 9 minutes against a schedule of 21 hours. Fortunately rehydration was at hand - the pubs were already open!