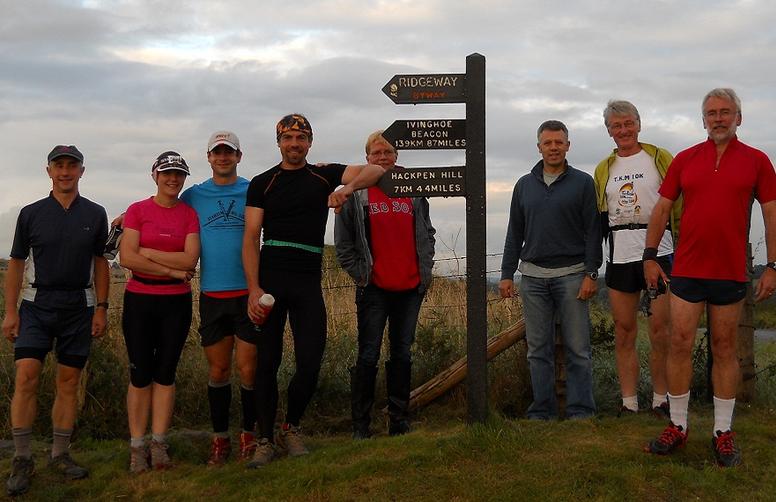 Often described as Britain’s oldest road, the Ridgeway has been in constant use for at least 5,000 years. Originally part of a much longer trail which crossed the entire country, today the Ridgeway is now a national trail stretching 86 miles from Overton Hill near Avebury, Wiltshire to Ivinghoe Beacon in Buckinghamshire. To achieve the obligatory distance of 100 miles, the route was extended by adding a section of the Grand Union Canal, finishing south of Milton Keynes.

Jon Kinder and Robin Carter both completed the full 100 mile distance with the rest of the team running sections with them. Alan Eccleston and Steve Leach shared the minibus driving duties and Julie Smith provided the all important catering support.