​​​Summits on the Traverse of Wales 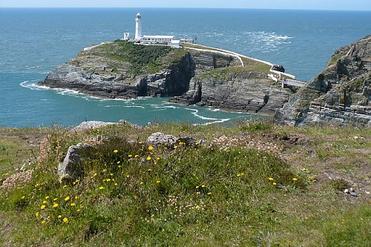 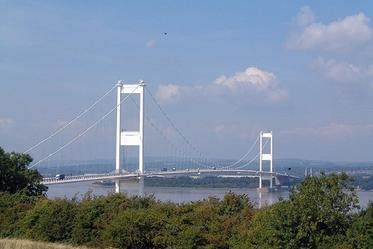 368 miles from Holyhead to the Severn Bridge

A joint team of Rolls-Royce and Congleton Harriers, comprising of 18 runners with 2 supporters, completed our Traverse of Wales over the period 22-25 June 2012. We had set ourselves a schedule of 82 hours though on this occasion we failed to achieve our target time. It may have been possible in decent conditions but the weekend we took on the challenge was very wet and windy with gale force winds on high ground and poor visibility. Because of the bad weather plus a few cock-ups we lost a lot of time on the harder mountain sections compared to the schedule. Much of Wales had suffered flooding the previous week and the rivers, streams and bogs were full to bursting so we found we could not claw back the time lost on what should have been easier ground in mid Wales. With the benefit of hindsight 90 hours may have been a more realistic target in those conditions which are not untypical for Wales. As we had a hard deadline on finishing to return hired vehicles and for team members to return to work, to pull back some of the lost time we missed out a loop northwards into the Black Mountains by taking a more direct route on minor roads between Crickhowell and Pandy (the link shown on the route overview map above) which reduced the overall distance by 18 miles. Our actual time was 86 hours 53 minutes. Though it was not the full route we originally intended we still completed a Traverse of Wales and it was a great experience for those who took part. Hopefully anyone repeating it can complete the full route including the Black Mountains.

The start at South Stack Lighthouse on Holyhead 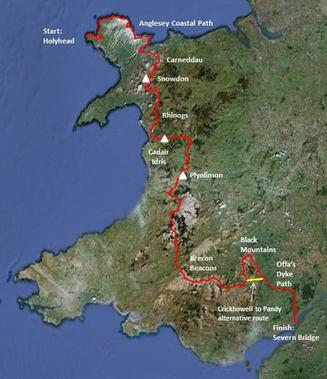 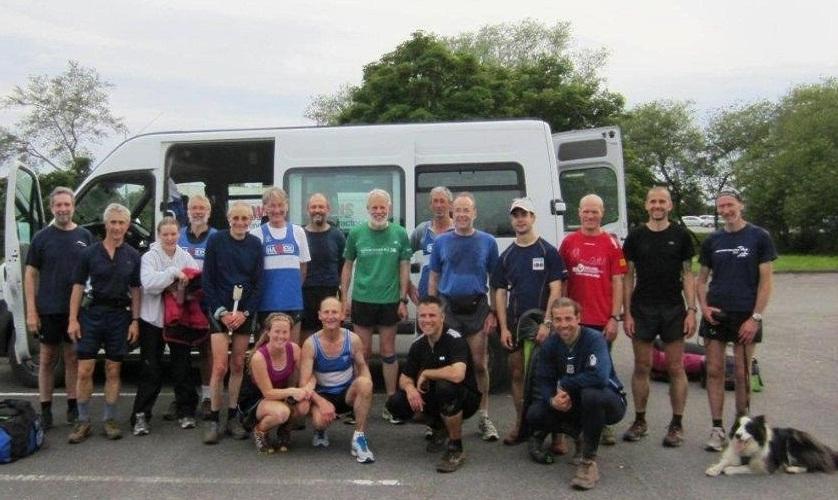 The Severn Bridge, the last leg back into England

Starting from the South Stack Lighthouse on Holyhead, the route initially follows the coastal path around the north coast of Anglesey before crossing the Menai Bridge to mainland Wales. From there the route joins the Cambrian Way. Described as the 'mountain connoisseur's' route, the Cambrian Way crosses some of the highest and wildest terrain in Wales with more than twice the amount of climb as the Pennine Way. From north to south it crosses the Carneddau range, Tryfan and Glyders range, the Snowdon massif, Cnicht and the Moelwyns, the northern and southern Rhinogs, Cadair Idris, Plynlimon, the central Cambrian mountains, the Brecon Beacons and the Black Mountains. Our route visits 50 mountain summits over 2,000 feet and the total amount of climb and descent is around 70,000 feet. Towards the southern end our route leaves the Cambrian Way to join Offa's Dyke path at Hay Bluff and then follows the Wye valley south to finish over the iconic Severn Bridge back into England.

Althouth the Traverse of Wales is the shortest of the three UK traverses described on this website, what it lacks in length it makes up for in difficulty as half the route is on fell type terrain and good navigation skills will be needed to negotiate the mountain sections safely in bad weather or darkness.