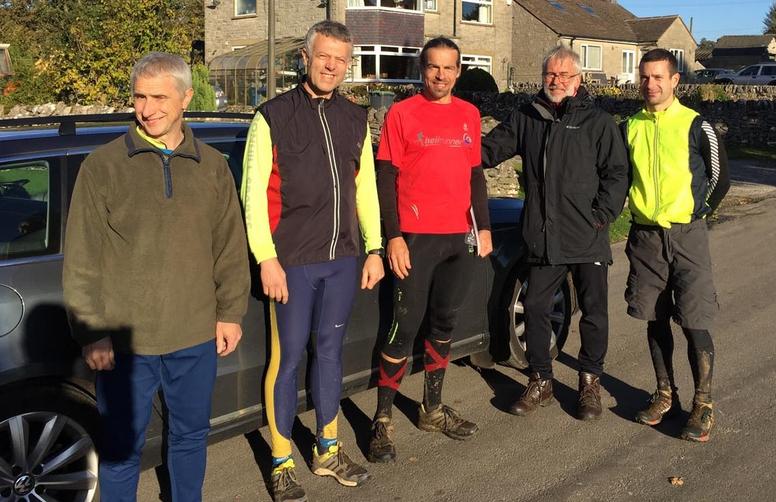 The Autumn challenge for 2016 was an extended version of John Merrill's White Peak Way to bring the total mileage up to 100 miles. The route was completed over two days with an overnight stop in Edale YHA. Jon Kinder ran the whole route supported by Andy Swift, Alan Eccleston and Mark Rodgers. Karolina Kucharek joined the team at the end of the first day and Robin Carter joined in for a number of legs on day two.

Jon Kinder's report of the event.

Schedule of planned and actual times