The old church in the medieval village of Wharram Percy is a highlight of the Wolds Way. The village existed for at least 600 years before being deserted in the 15th century. 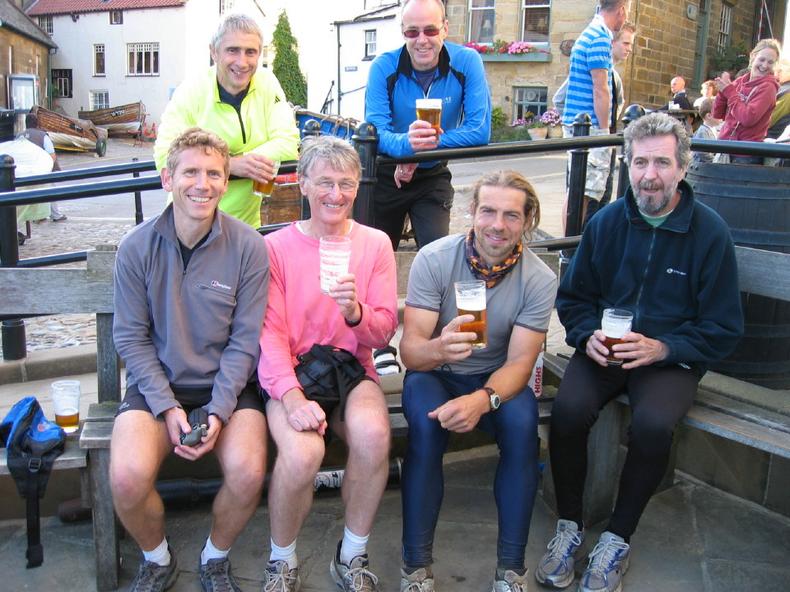 The Wolds Way is an 80 mile national trail across the chalk landscape of the Yorkshire Wolds. Starting from Hessle near Hull within sight of the Humber Bridge, the route follows wooded slopes, dry valleys and rolling chalk farmland before descending from the northern escarpment to finish on the headland of Filey Brigg. To make this a worthwhile epic distance-wise, the route was extended from Filey along the coast northwards following the Cleveland Way to finish at Robin Hood’s Bay, a fine place to end a long run.

Six runners took part in this challenge which started just as darkness was falling at Hessle. The initial two legs went well until on leg 3 Allan Pollock took a heavy tumble over a tree root in the dark. We initially feared he had broken his shoulder as he couldn’t move his arm but he declined any offers of trips to A&E so he was a reluctant passenger for the rest of the trip. Later on returning home a hospital check-up revealed just a badly bruised shoulder but a broken arm, near the wrist.

​A very memorable leg was the one past the deserted medieval village of Warren Percy in the early hours of the morning. The main ruins today are the old church and as we approached the temperature suddenly dropped, there was hoar frost on the ground and a thick layer of mist enveloped us. We could hear an owl hooting. Although it was a very atmospheric place worthy of a horror film set we didn’t see any ghosts or perhaps we didn’t look hard enough (or maybe ghosts don’t like runners!). 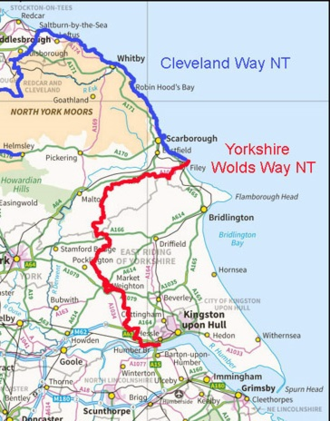